The Rise of Virtual Assistants: How Machines & Algorithms Increase the Potential for Consumer Contact 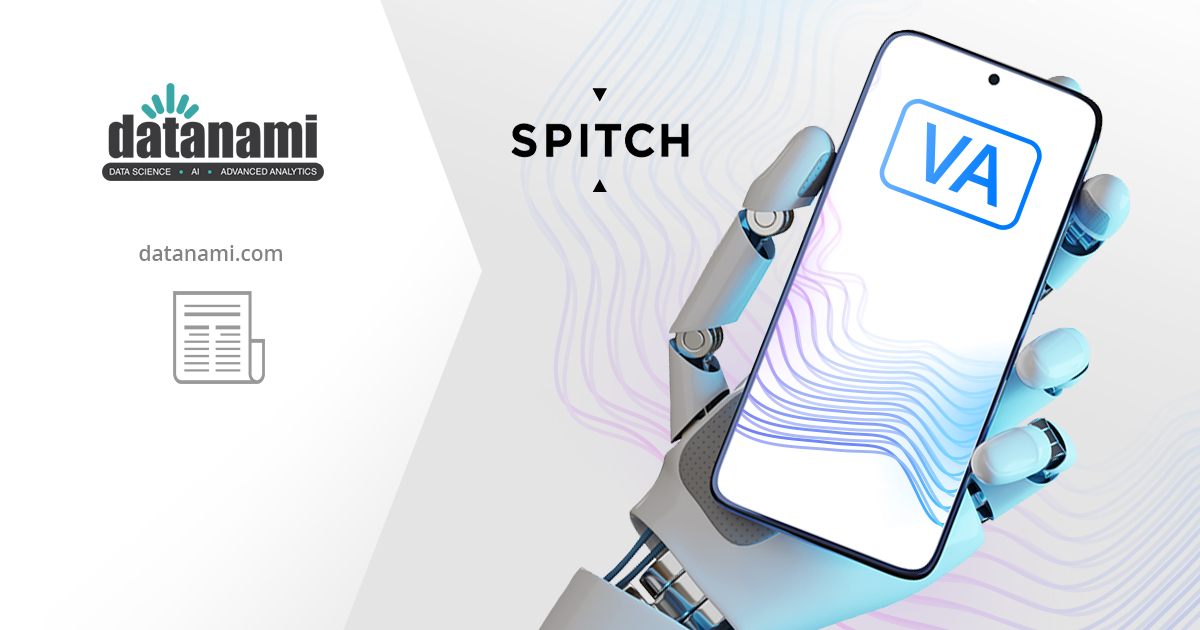 In this hyper-competitive, consumer-focused marketplace, new technologies are increasingly allowing data analysis and information reprocessing to foster “virtual relationships.” This is an exciting new world of information capture and consideration, one which empowers strong companies and leaders to optimize fundamental corporate performance and improve strategic business decisions.

Of course personal choices and preferences will always inhabit crucial roles in core consumer behaviors. But enhancing conversations via artificial intelligence (AI) mechanisms — such as chatbots and virtual assistants — represent a farsighted way for businesses and organizations to engage audiences and partners across a myriad digital arena.

These new technologies are both powerful and dynamic — beginning with “touch”-based interfaces and evolving on to interfaces powered by “voice.” They’re all efforts further aided by robust graphic interfaces that allow for simpler and faster ways to generate feedback and capture information from the widest range of smart devices.

This is particularly true with virtual assistants (VA), which developers and end-users now define as a sort of “digital human.” VAs today have never been more effective or elegantly designed. Visually realistic, they’re also powerful enough to comprehend data, answer consumer questions and even achieve quasi-emotional “human” connections. Through subtle— and often not so subtle — uses of body language, VAs today can even blink, nod and, yes, wink; in other words, they possess the beginnings of humanity and the ability to communicate like truly sentient beings.

The role of voice in VAs is crucial – voice is what facilitates language, voice conveys emotion, voices facilitates subtlety and allows for emphasis. Our voices generate compassion, empathy and most crucially trust – and for VAs to truly impact the marketplace, consumers must trust in their efforts, abilities and results. Trust not only results in a better user experience, it creates loyalty and encourages repeat use – core actions which allow AI-powered devices to iterate, improve and evolve.

By deploying essential conversational elements, VAs — and the organizations that embrace them — are further embedding the core tenets of communication into digital interactions of all sorts: Verbal, textual, vocal and gestural. The result is a highly mutual experience with long-term potential to help data-driven ecosystems truly thrive — all aided by algorithms capable of exploiting the mechanisms of Deep Learning (DL).

In fact, not only can VAs now communicate, digital avatars are evolving into literal ambassadors of a new kind of User Experience (UX) — one fundamentally rooted in artificial intelligence itself.  What is artificial intelligence — more commonly known as AI? Depends on who you ask; for AI lacks a clear and universally-shared definition.  But scholars, such as former Stanford University engineering professor Nils J. Nilsson, have described AI as “activity dedicated to making machines intelligent; and intelligence is the quality that allows entities to function appropriately and with foresight in its environment.” In other words, AI can now function with degrees of meaning and intention that can actually impact everyday interactions in ways almost unimaginable even a decade ago.

And the numbers seem to confirm this trend: According to Grand View Research, the global market for smart virtual assistants is expected to be worth $52 billion by 2028, with a CAGR (Compounded Average Growth Rate) of 28.5% over the next seven years.

The first Verified Market Research is actually even more bullish on the virtual assistant marketplace: Their industry analysis from November 2021 sees this arena growing by 30 % CAGR between 2021and 2028 – from roughly $5 billion to close to $51 billion. Their findings reveal the biggest opportunities for virtual assistants in the healthcare, government and consumer electronics sectors.

Within this potentially lucrative landscape, the role of voice assisted services and technologies is likely to take an ever-more meaningful lead. Indeed, voice assisted experiences – one of a range of notable virtual assistants – are already fully establishing themselves as crucial custodians of consumer trust.  Still in its infancy, this increasingly-sophisticated technology is shifting from a purely advisory role to actually accepting and delegating consumer decisions and duties – such as the literal purchasing of products. Voice-assisted services are doing so by reviewing and implementing consumer-led parameters – such as product quality, characteristics, expiry date, and eco-consciousness – to build upon established consumer interests to facilitate end-to-end transactions. Although still in its infancy, the potential here is huge – imagine the time saved via AI and voice-assisted services; consider the optimization possibilities as folks search for products based on top quality, delivery times and, of course, price. All this facilitated, enhanced and enabled by the virtual assistant itself.

As this scenario inches ever closer to reality, key questions remain: How hard should brands push so that their products and services reflect the rise of the full range of AI technologies?  How personalized should digital sales become? Indeed, might we one day entirely outsource digital retail to a virtual assistant, including – in the most extreme cases – one-on-one communication directly undertaken by VAs?  It’s a scenario in which direct exchanges could eventually take place as “augmented” conversational activity — with the ability to recognize a wide range of human characteristics and even respond accordingly.

As a result of these technological advances, VAs could most impactfully act as assistants across the retail spectrum, identifying the right kinds of products and guiding consumers as they navigate ever-complex commerce landscapes. Think of this like an employee who assists folks as they navigate shopping floors and you’ve got the right idea. Armed with chatbots and voicebots and visual bots and bots still to be developed, real humans are increasingly engaging with virtual humans to completely reimagine the very nature of communication. This shift is at once effortless and empowering, providing entirely new forms of consumer interactions that reimagine conventional notions of preference or choice.

Such a scenario is already being explored in books such as “AI Brands: Rethinking Brands in the Algorithmic Economy” by authors Alessandro Giaume, Alberto Maestri and Joseph Sassoon (Franco Angeli Edizioni, 2021). In this book, an in-depth study edited by Ernesto Di Iorio (CEO of QuestIT) and Antonio Perfidious (CMO & Head of Digital of The Digital Box) looks at “augmented” conversations in the era of digital convergence. And this convergence, many experts agree, is now best expressed in smartphones, which have emerged as the center points of all forms of digital interaction.

As we read through the pages of the book, key paragraphs and phrases are particularly resonant.  “We live in the digital evolution of our relationships: […]; augmented conversations no longer only from display, but increased thanks to the interaction with intelligent conversational agents who will increasingly resemble us humans (but not only): Let’s think about it: if digital relationships have been the pivot on which to build the business of the giants WhatsApp and Facebook, in the 4.0 strategy many big players in the market have focused on the introduction of chatbots within instant messaging chats such as Messenger, a method of interaction so effective and efficient that it has aroused the interest of many brands to improve customer service and acquisition development. Relations, in fact, conversational flows that come out of the private sphere, pass through a virtual assistant and attract the user to the brand, customizing the interface, increasing the touchpoints and measuring every word of the intelligent system to create a new (virtual) customer experience based on a disproportionate number of increased conversations […] ”.

Ultimately, virtual relationships no longer simply live in the realm of theory – they exist as functional components of consumers’ daily lives. Virtual relationships help facilitate the speed of consumer action (and interactions), which benefits companies for whom constant connectivity with core markets offers a clear — and clearly lucrative — competitive advantage. This is particularly important now that omnichannel retail approaches have become the norm. AI and virtual technologies can help level the omnichannel playing field. With voice as the constant, VAs adapt and conform to each channel in real time using voice as the guide. The result, a voice-powered user-experience that’s constant and consistent regardless of individual channel. In an omnichannel world, voice helps ensure truly channel-agnostic user experiences.

Retailers have always sought to convert potential consumers into actual consumers – and thanks to an increasingly holistic integration between mobile devices, social media and AI, this reality is rapidly approaching. Such a scenario, once achieved, allows organizations of all sorts to create and maintain relationships with consumers that are at once fresh and novel – as well as long-lasting and stable.

Beyond relationship growth, the ultimate aim of canny retailers is to exploit the full range of virtual relationships to further dominate the realm of data possession. The goal is to not just “capture” copious amounts of data from a seemingly endless array of virtual interactions, but to face challenges and make decisions in as far-sighted and strategic ways as possible. At the core of this effort are predictability, interest and intent, core human attributes traditionally missing from the digital spheres. As newer technologies like VAs evolve, however, predicting interest and capturing intent are increasingly achievable through sophisticated text and speech analytics. The trick for industry is to convert intent-focused data into customer loyalty while further enhancing the consumer experience.

This process won’t be easy, or informal or ad hoc. It will require the foresight and rigor to contend with an increasingly complex and hyper-competitive society. Along the way, market leaders who embrace structure and encourage formality will stand at the forefront of AI, virtual assistants and the rich data available for capture – and conversion– at every step of this revolutionary process. 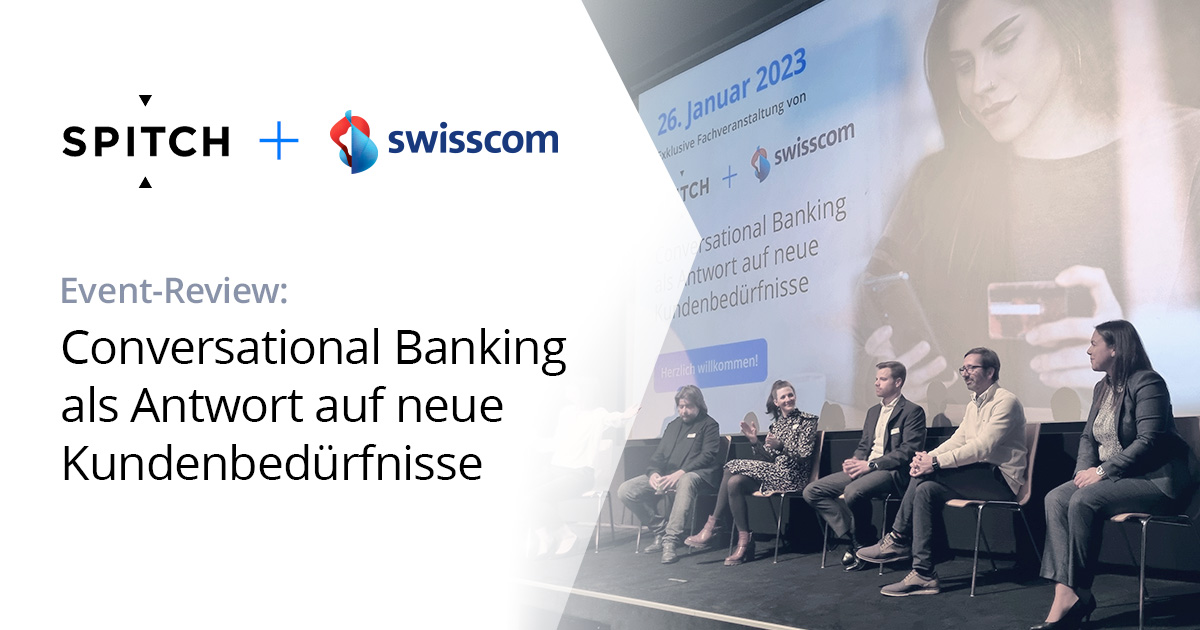 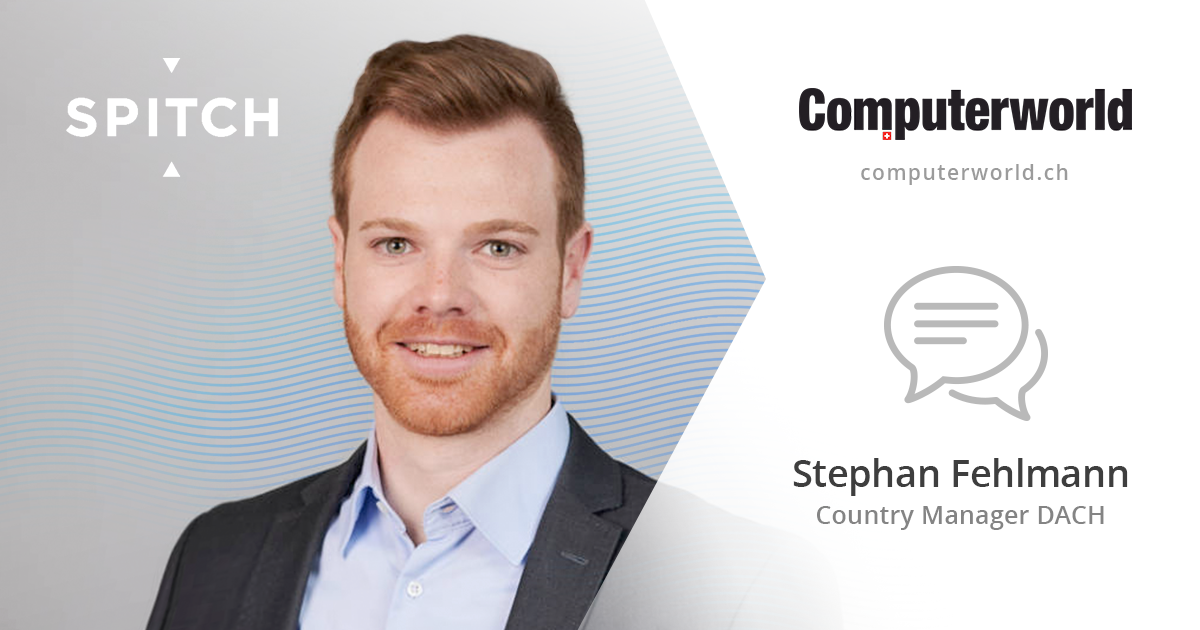 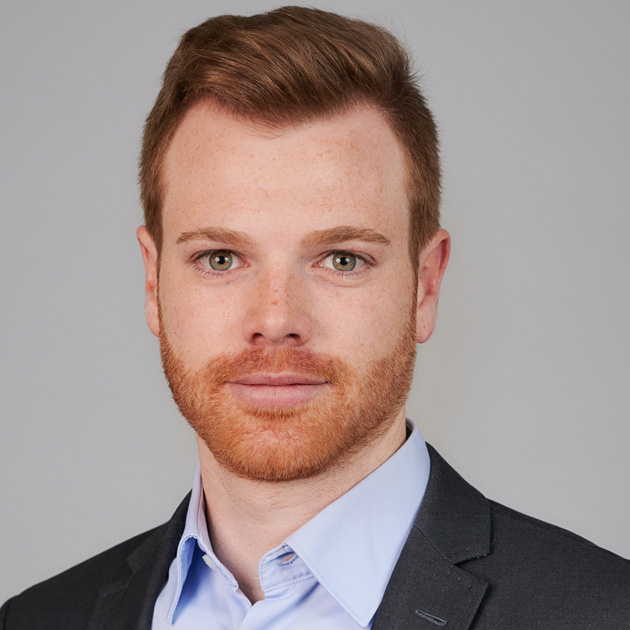 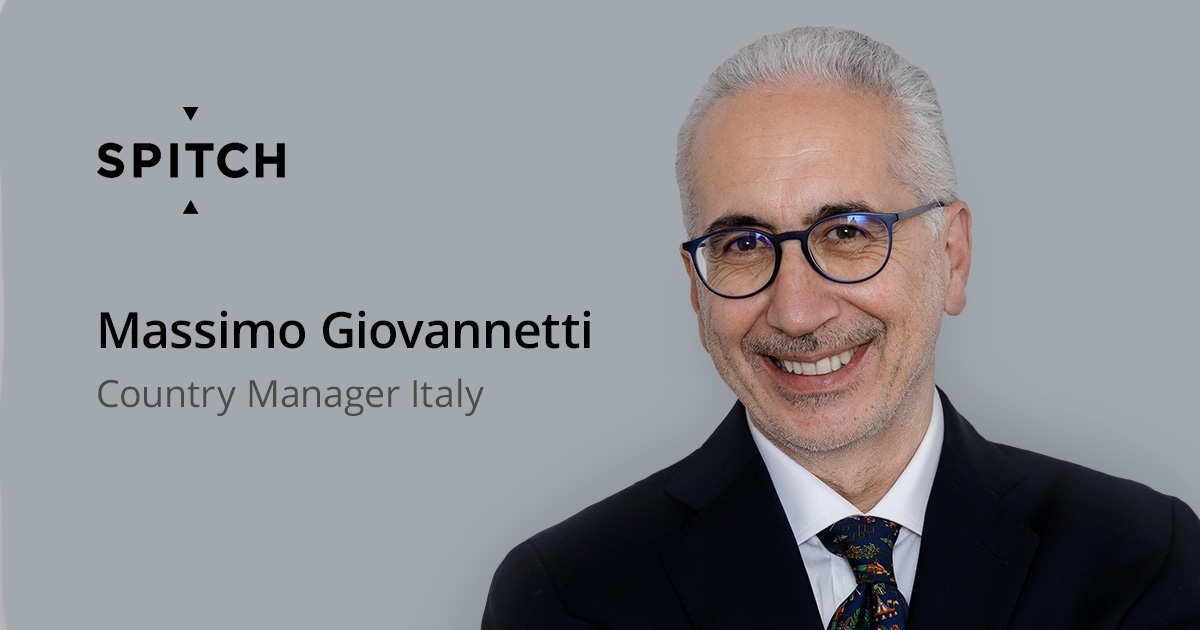 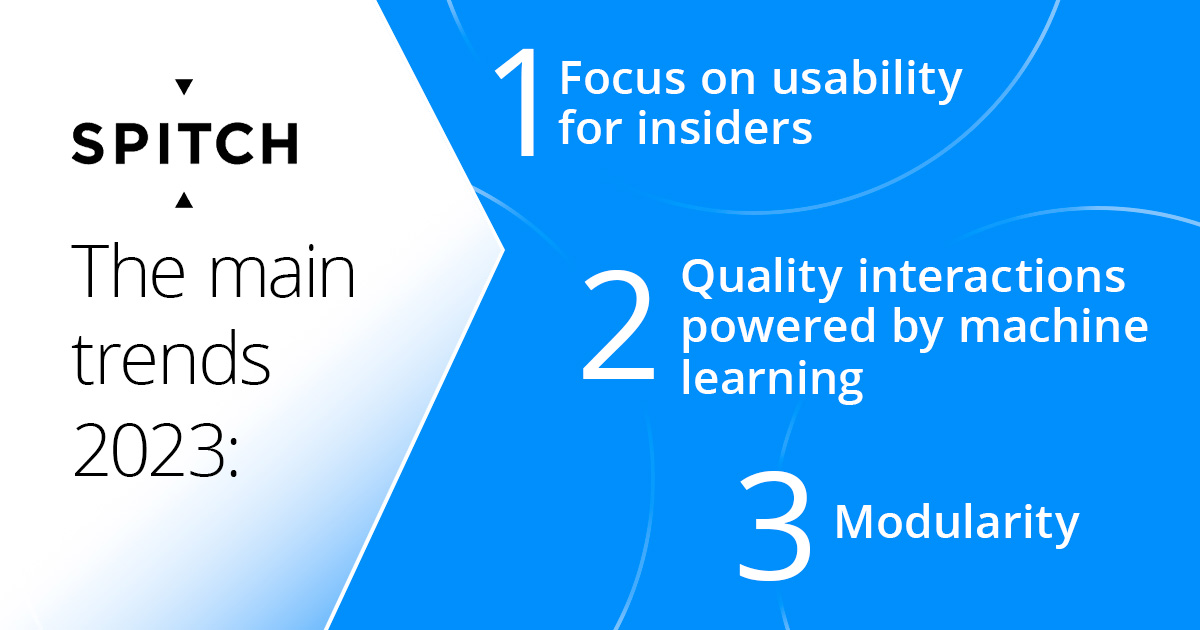